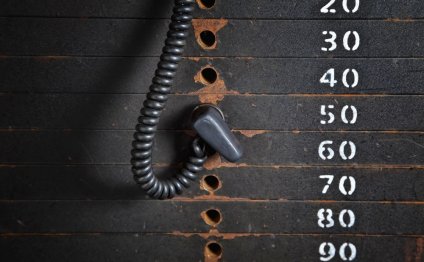 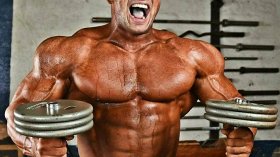 Training doesn't have to be complicated. Some of the best programs are just a few exercises per workout, often all done for the same sets and reps. But that doesn't mean that all programs are most effective when kept to a minimalist approach. "More isn't better; only better is better" definitely has its place when it comes to lifting, but if we can figure out a way to train more and better while keeping things efficient and on track, then we'll be able to see some great size and strength gains.

This routine combines full body workouts with mechanical advantage training - strategic exercise choices to squeeze more work out of heavy weights - hitting everything with a high frequency and a variety of rep ranges.

There are a million training splits under the sun, but this plan is following a tried and true template - three full body workouts per week. The ebb and flow of intense lifting alternated with complete rest is a great way to tell your body to adapt. The massive stimulus to each muscle group (and it will be each muscle group) combined with ample recovery time will have a snowball effect and yield serious results.

Full body sessions have been used for decades to build muscle, and a full body workout that intelligently and directly trains each body part (from calves to quads to medial delts) can convert anyone who thinks it's a newbie-only plan. One common reason for people's hesitancy with this type of approach is that they expect overall performance to diminish by the end of the session due to fatigue, so whatever bodyparts are trained later in the workout end up getting half-effort. By rotating rep ranges through the week, and even throughout each session, the problem is avoided.

You're not trying to do heavy squats while saving energy to do heavy back work a half-hour later, and then intense high volume shoulders after that, and then finish with token arm work. By addressing each bodypart with high, medium, and low reps through the week, recovery is improved.

Within each workout, not only are bodyparts rotated and trained in a different order each session, but you're also alternating between low, medium, and high rep ranges during the workout. So no single workout is all heavy low-rep brutality or all high-rep grinding gut-check sets.

The other key point to this plan is mechanical advantage work. The concept has been discussed several times as a variation of a traditional drop set to increase muscular stress - shifting to a similar-but-slightly-different exercise instead of reducing the weight to continue performing reps. In the context of this program, we're using it to increase the strength-building stimulus for a given movement pattern.

In our workouts here, we're not extending sets. We're performing all sets of one exercise and then moving on to a similar movement pattern and performing more sets. The two points for effective mechanical advantage work in this plan are, first, to not use a movement that's too dissimilar from the first. You want a simple change in stance or grip, not an entirely different angle of movement (incline press to decline, for example).

Secondly, make sure to organize the two exercises properly. You should always be stronger on the second exercise or else overall performance will suffer and you'll defeat the purpose. In fact, the first set of the second exercise should always feel relatively-easy with the weight used on the last set of the first exercise. (Did you follow that? Re-read it just in case.)

The training template is really much more straightforward than it might appear. Sessions start with a simple ab/core exercise (which I've found to be a great transition from the general warm-up to lifting), followed by the two mechanical advantage exercises targeting the day's big movement pattern, finished with supersets that work whatever's not directly addressed by those big movements.

Note: Exercises that have a 1 or a 2 mean those two movements are supersetted: alternate between them until all sets are completed. If no number is present, such as A, B, or C above, do those exercises as straight sets, meaning finish all the front squats before moving on the back squats.

The biggest mistake being made in bodybuilding today is that people aren t covering basic exercises,says the Austrian Oak… 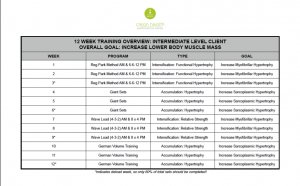 The Question: In this amount of time you should be able to gain a bit of mass. It is also possible to hit a plateau in this…